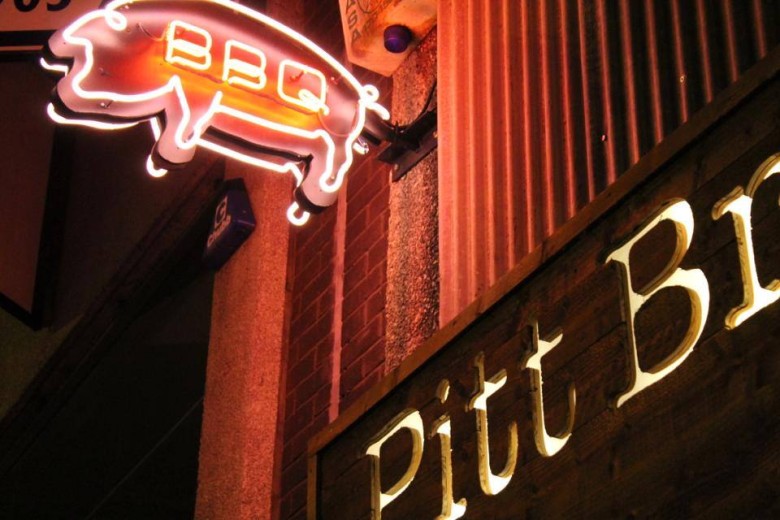 You don’t often come across a restaurant in Ireland that brews its own beer on the side, but Dublin’s Pitt Bros Smoked BBQ Project do just that. We were curious and had to give it a try.. and we were pleasantly surprised!

After a little convincing the sound team behind Pitt Bros promised us a crate of their ale on the house. Right now they brew their own cider, lager and ale, and have a few special ones in the mix for their 2nd birthday. If you haven’t already heard of these guys (which would be surprising since they’ve been in the media a few times now) then check out the video below to see what they’re all about.

Their house brew ale is simple and straightforward. At 4.2% abv, it’s a crisp beer that hints at caramel, toffee and malt flavours without being overly hoppy like a lot of new ales on the market. Of course it’s brewed to be drank with their selection of meats, sauces and sides which are all bursting with flavour, so the beer isn’t too invasive. Outside of food pairings though it’s easily drinkable and would be considered a “session beer” for those up on their craft lingo. Brewing something new is a tough challenge and Pitt Bros are up against some very stiff competition in Ireland, but I think they did a pretty good job here considering it’s not the main focus of their business. I’d definitely recommend grabbing yourself a bottle the next time you’re in, and if you post a pic of your bottle on Twitter you’re in for a chance to win a whole crate to take home with you. Not a bad deal! Oh yeah and one last thing: their food is unreal.